Announcing our online “Spring Rapidplay” (one game per week) – register by Sun 26 April!

Starting in the first week of May, the DCCA Online Club on chess.com will be running a brand new “Spring Rapidplay” competition.
This event will be a one-game-per-week Swiss tournament at a relaxed rapidplay time control of 25min + 10sec increment, with players agreeing a mutually convenient time during the week to play the game. The duration of the event will depend on entry numbers, and the exact format that is chosen (which will be informed by the preferences stated by entrants on the form).
We are delighted to announce that the controller / arbiter for the event will be international arbiter Tom Thorpe (“brfc” on chess.com).
Registration for the Spring Rapidplay is now open, and will close at 7pm on Sunday 26 April. To sign up, free of charge, simply fill in the short online form at: https://www.cognitoforms.com/DCCAOnlineClub/SpringRapidplay2020
Please note that the games played in the competition will not be sent for ECF grading, but we still require your ECF grading code in order to verify your identity and grade.
If you have any questions in the meantime, please email timpaulden@gmail.com, or message “ExeterPrez” (Tim P) on chess.com.
Entries received so far [3pm on Sat 25 April]:
Adrian Pickersgill (166)
Alastair Marston (136)
Chris Lowe (177)
Chris Southall (136)
Daniel Williamson (135 est)
Graham Jones (83)
James Fowler (95)
John Dean (110)
Jon Underwood (189)
Lloyd Russell (65)
Martin Page (146)
Martin Quinn (148)
Michael Marshall (155 est)
Paul Hampton (185)
Paul Wood (110 est)
Robert Oughton (133)
Sean Pope (145)
Shaun Walsh (83)
Stephen Homer (181)
Tim Fox (83)
Tim Paulden (181)
Tom Thorpe (178)
Tony Tatam (95)
Trevor Hurt (98) 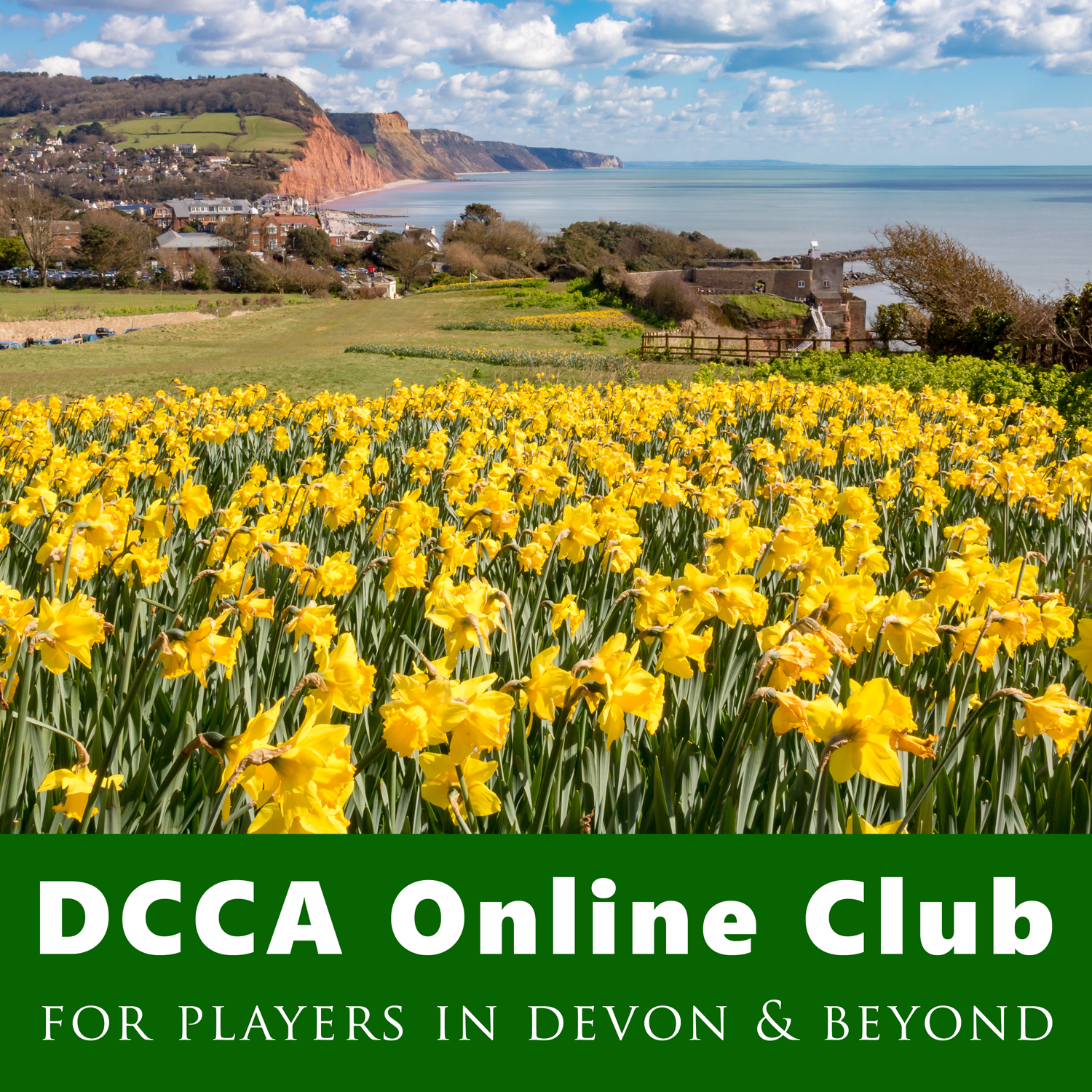